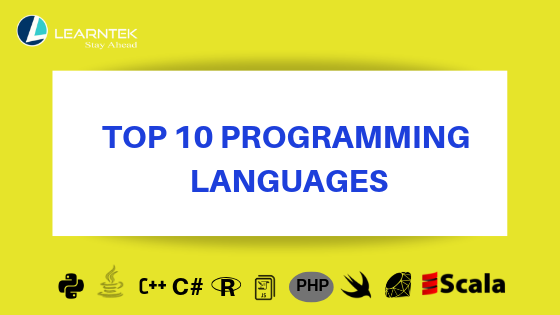 3. Whether you want to establish your career as a freelancer, join a startup or get hired by an established company

4. If you are interested in competitive programming or high-level research

Java is arguably the most popular amongst all the other programming languages out there. It has been in the top position for almost a decade as almost 90% of the companies worldwide use Java. It is a general-purpose language which has been a mainstay in the world of computing for more than 20 years. Its huge popularity can be attributed to its “write once, run anywhere” philosophy. Java is cross-platform compatible since it lets you write code in any device, compile it into low-level machine code and then execute it on any machine equipped with Java Virtual Machine (JVM).

Choosing the right programming language for your career can be a difficult task if you get caught up with flashy trends and popularity index. The languages which were in trend in the last couple of years will continue to remain in trend for the coming years. Select programming language based on your interests and the type of projects you want to do.

C++ is an object-oriented and generic programming language. One of its key strengths is software infrastructure. C++ powers some of the biggest enterprise platforms in the market. Its applications are characterized by high performance and high portability. It has very rich function libraries which are mostly used for software development or building games. It has frameworks like wxWidgets and Boost. wxWidgets is a cross platform GUI toolkit. One of the important features of this programming language is that it was used to conceptualize the first distributed blockchain that is it was used to build Satoshi’s code base. Now if you know what Bitcoin is you’d understand what an important role C++ has played in developing it. If we consider its ranking it has occupied 3rd rank in TIOBE index and it is expected to hold its position in the top 10 programming for a long time.

C#, pronounced as C Sharp is a general purpose object-oriented programming language designed by Microsoft. It was originally designed as part of .NET framework for building Windows applications. Like Swift is the preferred programming language for ios applications, C# is the prominent programming language for building applications native to Microsoft platforms. It works for applications powered by .NET frameworks. So, if you know .NET and want to make a career in this then C# is the best language to use for building apps native to the Microsoft platform. It is also a recommended language for developing games using Unity Game engine. C# is also popular amongst mobile developers to develop mobile applications in Android and iOS. It is used to build cross-platform apps on the Xamarin platform. Instead of writing separate apps for iOS and Android you can write a single application in Xamarin and C# will take care of the deployment in both the platforms simultaneously. It is currently holding 6th position in TIOBE index. There are less highly skilled developers in C# as compared to Java. Hence, job opportunities are immense for highly skilled developers.

R is a programming language whose popularity is increasing day by day which has helped it to secure its position in the top 10 programming languages in the recent times. These days Data Science and Analytics are the talking points in the industry. It’s very difficult to talk about these domains without mentioning R. One important reason for it is statistical computing and R is the most popular language when it comes to statistics, graphic representation and data analysis. It has very simple syntax and it is very easy to learn and because of its graphical capabilities it is overpowering some of the tools for data analysis like SASS, Python etc. It has a free and open source Integrated Development Environment called as R Studio using which you can develop all kinds of analytics programs, you can do visualizations, machine learning and so on. As far as ranking of R is concerned it will improve in the time to come as Data Analytics is here to stay. It also powers few search engines and Google too use it for analytics purpose.

It is impossible to become a software or web developer without using JavaScript in some way. It is a lightweight, interpreted programming language and is designed for creating network-centric applications. It is the most popular language among developers worldwide as per Stack Overflow’s Developer Survey 2018. It is an essential web development tool and helps you to build interactive websites along-side HTML and CSS. A majority of websites rely on JavaScript to create interactive web pages. It is very difficult to find a web page that does not use JavaScript to display its content and hence it is called the language of the web. It is one of the most sought-after skills in recent times and this is the reason that there are lot of job opportunities in the market for a skilled JavaScript developer. It is also used in mobile application development since more than 50% mobile applications use JavaScript. With the newer versions ES6 & ES7 its popularity is rising. It has a wide range of applications which includes web development, mobile development, game development, desktop app development and so on. Its popularity will continue to rise, and it is definitely one of the best programming languages to learn in coming future.

PHP is another popular programming language which is in the top 10 list. It was primarily designed for web development. It is a server-side scripting language which powers around 80% of the websites worldwide. It has played a very important role as a backend tool for tech giants like Facebook and Wikipedia. PHP is very popular and widely used as a primary programming language for web development thanks to WordPress. It is very flexible and there are no strict rules to build features while developing an application. So, if you are interested in making a career in web development learning PHP is mandatory for success. You can use PHP for various web development projects, including ecommerce, content management systems (CMS), mobile app development and so on. All in all, it’s a very popular language as far as rankings are concerned and will remain in the top 10 list for the years to come.

Swift is an object-oriented and block structured programming language. It has taken a huge leap in the last couple of years as the leading programming language for developing native iOS or Mac OS apps. It is more popular as compared to Objective-C and this is the reason why Apple has decided to move from Objective-C to Swift. It gives better readability and is faster than Objective-C. On the other hand, the issues with Objective-C is that the apps keep getting crashed constantly. Now since Swift lets you manipulate text strings in data it is less error prone. Another important feature of Swift is dynamic libraries. These libraries can be linked directly to Swift applications and since they are uploaded directly to the memory they reduce application size and improve performance. If we discuss its applications Swift was basically designed to work on Cocoa and Cocoa Touch framework and it was developed mainly for mac, iphone and other ios applications and this is the reason that application development is at its core. So, if you are interested in making a career in ios development then Swift is a very good option. Although it’s not very high in ranking in TIOBE index since it is only 4 years old language and the ranking is expected to improve in near future.

Ruby is an object-oriented, functional and reflective programming language and has a Dynamic Type System. One of its best features is its syntax which is easily readable and user-friendly which makes Ruby very easy to learn. It also has a package manager called as RubyGems which lets you install or remove software dependencies. There are various Ruby frameworks such as Sinatra, Padrino, Rails, Cuba etc. Amongst all the frameworks Rails is the most popular Ruby framework. It brings in the modular approach when it comes to web development. Ruby has a very wide range of applications. It is used in web development, scripting, application development and so on. It is one of the fastest growing programming languages. It is so easy to use that a very basic application can be developed in few minutes. Many popular websites have been coded in Ruby such as Airbnb, Bloomberg, Groupon etc. A career in Ruby is a great choice as it is designed to be friendly and easy to use by developers and also well-paid jobs are available. The only drawback for choosing career in Ruby is that it is not very high in ranking and is not as popular as other programming languages such as Python, Java, C, C++ etc.

It is a high-level programming language. It stands for Scalable Language. It was developed while rewriting Java while improving its drawbacks. Its code is compiled to run on Java Virtual Machine (JVM). It is terse, efficient and is very effective. It is a multi-paradigm programming language and it is known for its concurrency. Since the objective to design this language was to improve the drawbacks of Java it is faster than Java. It uses a multi core architecture and if the no. of cores is increased it gets faster. Also, it has a very concise syntax and a great vocabulary. It is used in various applications such as web development, distributed systems, application development and so on. Frameworks of Scala includes Play, akka, spray, slick, finagle etc. Finagle is an extensible RPC system for the JVM, used to construct high-concurrency servers. It has a reputation of being a complex language to learn for a beginner. But those who make it past the learning curve probably enjoys a great career. It ranks high in salary surveys, making it the top 10 programming language worldwide. 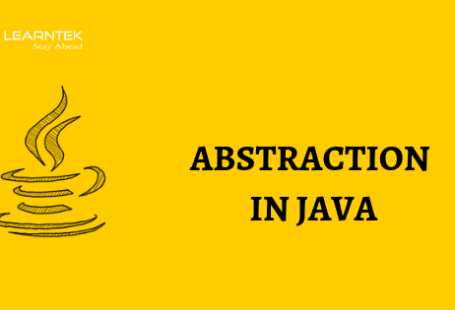 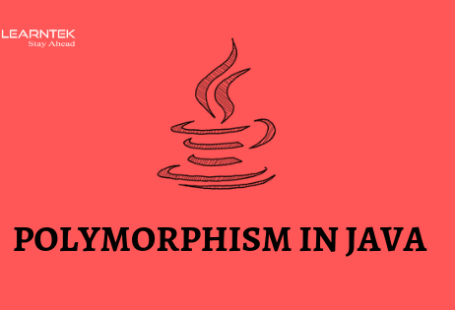