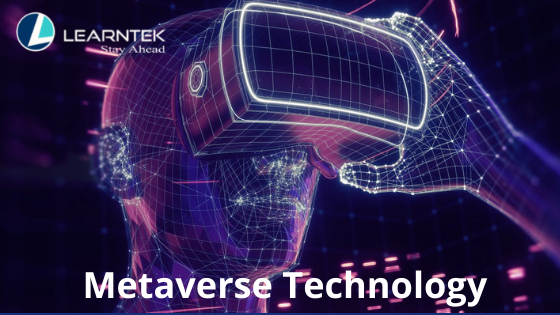 The metaverse is a digital reality that combines aspects of social media, online gaming, augmented reality (AR), virtual reality (VR), and cryptocurrencies to allow users to interact virtually.  Metaverse is a digital space represented by digital representations of people, places, and things. In other words, it’s a digital world with real people represented by digital objects. Augmented reality overlays visual elements, sound, and other sensory input onto real-world settings to enhance the user experience. In contrast, virtual reality is entirely virtual and enhances fictional realities. At its heart is the idea that, by creating a greater sense of “virtual presence” interacting online can become much closer to the experience of interacting in person.

In year 1992, Author Neal Stephenson coined the word Metaverse in science fiction novel “Snow Crash” in which he envisioned lifelike avatars who met in realistic 3D buildings and other virtual reality environments. Since then, various developments have made mileposts on the way toward a real metaverse, an online virtual world which incorporates augmented reality, virtual reality, 3D holographic avatars, video and other means of communication. As the metaverse expands, it will offer a hyper-real alternative world for you to coexist in. As the metaverse grows, it will create online spaces where user interactions are more multidimensional than current technology supports. Instead of just viewing digital content, users in the metaverse will be able to immerse themselves in a space where the digital and physical worlds converge.

How Metaverse Technologies can be used:

The metaverse is a shared virtual environment that people access via the internet. Metaverse Technology can be used in many things like meetings, virtual conferences, visiting a factory floor, on boarding new employee, or training. In fact, almost every HR and talent-related program can be redesigned for the Metaverse and if you wear 3D glasses, the Metaverse is fully immersive. In the metaverse, you’ll be able to do almost anything you can imagine — get together with friends and family, work, learn, play, shop, create — as well as completely new experiences that don’t really fit how we think about computers or phones today. In this future, you will be able to teleport instantly as a hologram to be at the office without a commute, at a concert with friends, or in your parent’s living room to catch up.

Companies both large and small are racing to develop a new virtual universe where individuals can play, socialize, and work together.

Microsoft: The software giant already uses holograms and is developing mixed and extended reality (XR) applications with its Microsoft Mesh platform, which combine the real world with augmented reality and virtual reality. Earlier this month, Microsoft showed off its plans for bringing mixed-reality including holograms and virtual avatars to Microsoft Teams in 2022. Also in the works for next year: explorable 3D virtual connected spaces for retail and workplaces. The U.S. Army is currently working with Microsoft on an augmented reality Hololens 2 headset for soldiers to train, rehearse and fight in. Beyond that, Xbox Live already connects millions of video game players across the globe.

Meta: The tech giant formerly known as Facebook has already made significant investments in virtual reality, including the 2014 acquisition of Oculus. Meta envisions a virtual world where digital avatars connect through work, travel or entertainment using VR headsets. Zuckerberg has been bullish on the metaverse, believing it could replace the internet as we know it. “The next platform and medium will be even more immersive and embodied internet where you’re in the experience, not just looking at it, and we call this the metaverse,” said Meta CEO Mark Zuckerberg last month after revealing the company’s rebranding.

Epic Games: Tim Sweeney is the CEO of Epic Games. He said that Epic Games is already invested in building metaverse. Epic Games has developed “Fortnite”, the popular battle-royale-style video game that raked in over $2.5 billion in 2018. Epic Games also brought games like “Gears of War” into the mainstream. Epic Games is developing photorealistic digital humans with its Meta human creator, which could be how you customize your digital doppelganger in future open-world games.

Roblox: The platform, founded in 2004, houses scores of user-generated games, including role-playing offerings like Bloxburg and Brookhaven, where users can build homes, work and play out scenarios. Roblox is now valued at more than $45 billion after going public this year. Roblox has teamed up with skateboarding shoe company Vans to create Vans World, a virtual skateboarding park where players can dress up in fresh Vans gear and opened a limited Gucci Garden, where you can try and buy clothing and accessories for your virtual self.

Minecraft: Another virtual universe beloved by kids, the Microsoft-owned Minecraft is essentially the digital equivalent of Legos, where players can create their own digital character and build whatever they desire. As of August, Minecraft boasts more than 140 million monthly active users. During the pandemic, it has exploded in popularity among kids who had to rely more heavily on virtual connections.

Microsoft Teams, Zoom or Google Meet is already a form of a Metaverse. You are there in the room, but you may be a static image, an avatar, or a live video. So Metaverse is a broader context for bringing people together. Technologies like virtual reality (VR) and augmented reality (AR) are combined in the metaverse to create a sense of virtual presence. But a simplistic way to look at the metaverse is as a parallel, virtual, world where users can have different identities, possessions and characters. The metaverse has been a hot topic of conversation recently, with Facebook and Microsoft both staking claims. Supporters of the metaverse envision its users working, playing and staying connected with friends through everything from concerts and conferences to virtual trips around to the world.

Developers Guide: How to convert XML to JSON?

What is the difference between Augmented reality (AR) and Virtual Reality (VR) ?