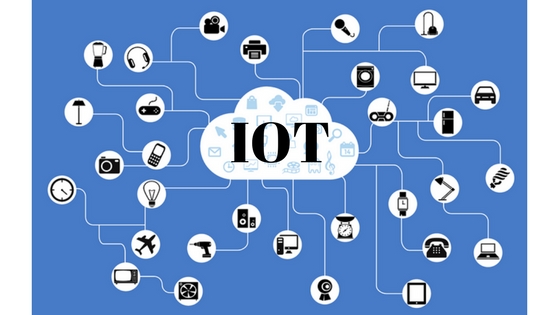 Internet of things (IoT) is the future: Here’s how it will change the world

The past few years have seen profound transformation in the technology space. Newer and emerging technologies are slowly yet steadily becoming an integral part of our lives. Internet of Things (IoT) is one of the most talked about topic of conversation at educational institutions as well as workplaces. It is believed to be a game changer that will completely transform the world as we’ve known it. While a lot is already being said and written about how this technology is the future, let’s understand what is Internet of Things and how it impacts each one of us.

Let’s begin with some history of Internet of Things(IoT)

You’d be amazed to know that IoT has been there for decades. In fact, the term was coined back in 1999 by a British technologist named Kevin Ashton. Back then, it simply meant, connecting physical objects to the Internet using sensors. Now, almost two decades later it is being termed as a game changer that will impact our economic, social, and environmental future.

What is Internet of Things?

To put it simply – a network of connected devices. It means connecting one device with another, and so on. Connectivity is at its core. While IoT has been around for some time, it has now begun leveraging on the ongoing penetration of mobile devices and Internet connectivity. Also, cloud computing has played a key role at shaping modern IoT. It has created a new wave of connected devices.

However, it isn’t just about smart devices. It is also capable of making ‘not-so-smart devices intelligent. For example, there has been a new emerging trend of smart homes. This means, with a tap of the button on your smartphone, you can switch on the fan, lights or even turn on the AC of your home in Mumbai while you are sitting in London. That’s the power of IoT.

Research firm Gartner Research estimates there will be 5 billion Internet of Things devices in the market by the end of this year and 25 billion by the end of 2020. 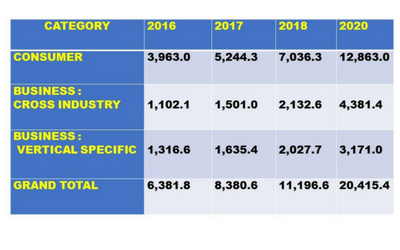 Table: IOT Units Installed base by category (Millions of Units)

Hailed as a game changer

Imagine your fridge informs you are running out of milk while you are driving back home from office. You then decide to take a detour to a local store and your car tells you to take an alternate faster route. Now while heading back home from the store you switch on the AC so that you enter a cool room. Bizarre? No, that’s the power of Internet of Things(IoT).

Look at it like the Wi-Fi which was once unheard of, but today it is everywhere. Embracing a new technology takes its own course of time, but the pace at which innovations are moving it doesn’t look like it would take decades for us to embrace it. The wheels have been set into motion. Let us look at an example like some online retailers who have already begun selling smart home kits. These DIY kits can be fixed into your switch board, which will then let you control lights, geyser and even your fan via an app.  From smart speakers and locks to controlling lights and geysers, it is just about everywhere, using an array of wireless networking solutions like Zigbee, Wi-Fi, Z-Wave, etc.

Now the question which one may ask is why a connected device? Just to make your lives simpler through automation? No, there’s a lot more to IoT than connecting devices. IoT is future widening the scope for connected devices as it can collect gigantic amounts of contextual data and real-time data, which will prove to be a gold mine of possibilities for marketers.

IoT devices can collect data in real-time that otherwise looked impossible. It will help track as well as analyze user behavior, understand user needs, which would eventually become a driving force to a friendlier customer relationship.

IoT paves way to endless connections, and in turn opportunities, in the virtual world. The impact will be in every sphere, be it food management, climate change, travel, customer services and so on. For example, real-time tracking of lost baggage at a busy airport or tracking food wastage.

As an increasing number of devices are connected to the IoT ecosystem, the more data can be collected. If this data is analyzed efficiently, it can offer insights not just at understanding consumer needs, but also into some grave world problems. It can help people, government, and businesses can make informed decisions.

Governments, big companies as well as startups are investing in IoT

India is among the front runners when it comes to Internet of Things(IoT). A study by Deloitte reveals that India currently has 60 million IoT-enabled devices and the number is going to increase to 1.9 billion units by 2020, almost 30 times growth.

Needless to say, customers embracing this new technology will take some time, but the governments across the world have begun initial deployments of IoT projects. In India, we have already begun investing in smart cities, smart appliances, and other environmental and social issues. For example, a smart dust bin can tell a worker that it is full. This may have sounded ludicrous decades ago, but today it is a reality.

Likewise, a government sponsored scheme in Britain is bringing smart electricity meters that will show users’ energy consumption in real-time and help them cut down on costs. This will also help save energy, an effort towards conservation of resources.

Whether they are corporate giants like Samsung, Google or Apple or small start-ups lurking in the streets of tech cities like Bengaluru, a lot of time, energy and money is being invested into IoT. Samsung is known for its smart TV, fridge and washing machine, and is now believed to be drawing plans for mass production of IoT-enabled devices. LG has a series of smarter products too. Amazon and Google have gone head-on in the smart speaker space with Echo and Home, respectively. Companies like Qualcomm have started marketing its connectivity solutions that can be used by manufacturers to build these products.

You may have known just your phone to be smart, but now every device out there wants to get smarter, thanks to IoT. IoT will help us make informed decisions, save environment, and cut down costs. It is here to stay and flourish!

While all of this looks good, IoT has its fair share of challenges. To begin with, security of data and privacy have been some of the modern-age problems we’ve been trying to deal with. And, it is quite possible that IoT will escalate these issues further. Another issue is privacy. IoT requires devices to listen and learn from their users, which may also include third-parties. There are no regulations or best practices penned down yet. Rules and regulations along with standard practices that can deal with legal issues pertaining to IoT would be required as the acceptance and usage increases.

Benefits of PMP Certification for Improving a Business 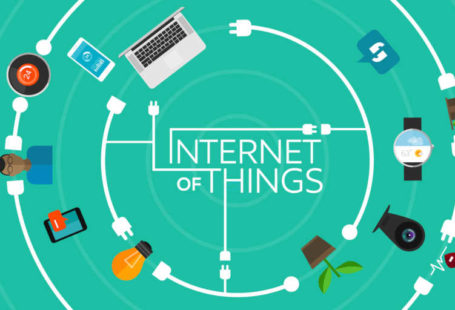 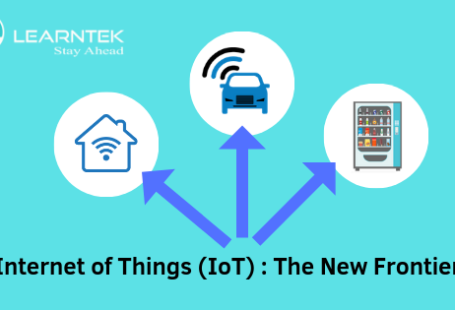